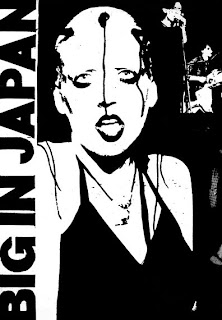 One of Liverpool's first punk outfits that was very short lived and who's members went on to bigger and better things after disbanding sometime in '78. Singer Jayne Casey shortly after started Pink Military, that eventually evolved into Pink Industry and Holly Johnson who would become the frontman of Frankie Goes to Hollywood. Budgie who would soon drum for Siouxsie and the Banshees, and Ian Broudie who later formed The Lightening Seeds. Shortly after their initial split, they decided to put out an Ep on their own created label, Zoo to pay off some debts. Zoo would later on release some of the first recordings from early liverpool scene greats like Echo and the Bunnymen and The TearDrop Explodes. Besides the EP their only known release, they did do a Peel Sessions. I've been trying to get my hands on these, so if anyone has them please contact me. Finding stuff from Big In Japan isn't the easiest task, so after a few requests and some conversations about them inspired me to compiled a short list of tracks. I've taken from their "From Y to Z" Ep and The Zoo:Uncaged Compilation. I also do have a handful of demos that are not the greatest of quality, but if anyone is interested I will be more then happy to post them!

++++Tracklisting++++
Big In Japan
Nothing Special
Cindy and the BarbiDoll
Suicide a Go Go
Taxi
Match of the Day
Society for Cutting Up Men
Posted by Slow Pulse Girl at 10:39 No comments: