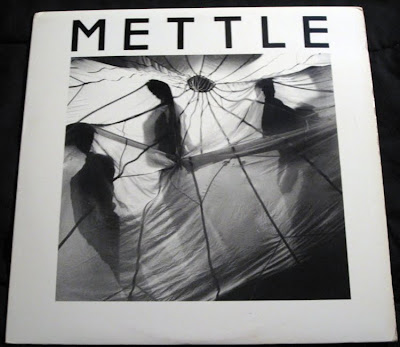 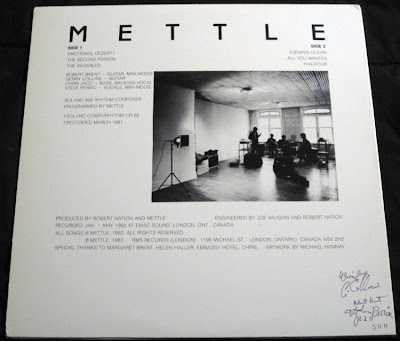 Not to much info could really be found, but Mettle was considered by some to be one of the first bands in Ontario to front the electro/minimal scene in the city and also were a support act for OMD. I really wouldn't go as far as labeling Mettle as minimal wave to me their sound is much more in the new wave/post punk vein. Many thanks to Jason Hall for sharing this 12" 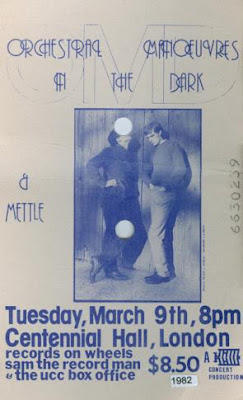